May 2002 Freestyle Digital Media has acquired North American rights to writer-director Dean Peterson’s dramedy Kendra and Beth, to be released across internet and satellite platforms on June 7.
​
Take a look at the new trailer!

April 2022 Participated in a conversation with friend and fellow SAG-AFTRA member, Paul Cram.  We discussed the SAG-AFTRA Foundation and the benefits they offer performers and broadcasters in the Twin Cities Local.

April 2022 Plastic Beach, a horror/thriller shot in 2017 is finally completed and receiving its premiere at the Shock-A-Go-Go Film Festival on Friday, April 22 at the Art Theater in Long Beach.
​If you're in SoCal and interested in some Shock and Awwww... Dayamn! check it out.
Here's the teaser!
​
October 2021 ​Sold Out screened at Twin Cities Film Fest.
September/October 2021 SAG-AFTRA Twin Cities Local was a sponsor of Catalyst Content Festival, where we hosted a Content Creator Discussion, the Upping Your Game actor workshops, the SAG-AFTRA Lounge and the annual table readings.
July 2021 SAG-AFTRA Twin Cities Local celebrated with our union, entertainment and legislative partners the passage of the Minnesota Film Production Tax Credit. I was happy to be one of the primary organizers and strategists in the effort.
September 2020 Gravitas Ventures has picked up North American rights for Princess of the Row, executive produced by Morgan Freeman and Lori McCreary. Look for it in theaters and on demand November 27! More at The Hollywood Reporter.

​July 2020 Recorded voice over promo spots for Twin Cities Public Television for their upcoming pledge drive, centered around one of my heroes, Mister Rogers!

May 2020 Confirmed as a new Member on the SAG-AFTRA Twin Cities Local Board.

October 2019 Booked a supporting role on the independent feature Kendra and Beth shooting in the Twin Cities in November!

January 2019 Princess of the Row announced as an official selection at Cinequest Film & Creativity Festival, Manchester Film Festival and ENFOQUE International Film Festival.  Check out the trailer!
​
​January 2019 Began filming a supporting role on the indie feature Sold Out.

November 2018 Booked a supporting role in the indie feature Sold Out, to be shot in January 2019 in the Twin Cities.

May 2018 Booked the role of Captain Keller in Yellow Tree Theatre's production of The Miracle Worker, directed by Patrick Coyle, which runs September 14 through October 14.

May 2018 Recorded three voice over roles for Christmas Break-In, which stars Denise Richards and Danny Glover.

April 2018 Attended the Twin Cities Actor Expo as an exhibitor with my business SRVCSrendered.  Met a lot of wonderful actors and enjoyed quality face-to-face time with the many who took advantage of the free 5 minute consultations I offered.

March 2018 Started working with Kate Baker in the VO department at Moore Creative Talent!  Feels nice to have VO representation on the west coast AND in the Midwest.
​
January 2018 Started working again with Carol McCormick in the on-camera department at Moore Creative Talent.
​
December 2017 Longing for a change in quality of life, to own a home and get back to the theatre roots we've re-relocated back to the Twin Cities!

October 2017 The promo for Do You Want to See a Dead Body? dropped and in the cavalcade of "Rob's famous friends" I made the cut!  Series starts November 15, on YouTube Red.
​
​September 2017 Gradifi spot began airing! Watch it here.

August 2017 Recorded some additional spots for Gradifi; one for radio and a second for TV!

August 2017 Shot a supporting role in the gritty independent feature Princess of the Row, starring Martin Sheen and Edi Gathegi.

July 2017 Recorded voice over narration for a Gradifi television commercial.

July 2017 Booked and shot a supporting role on Do You Want to See a Dead Body? from Abominable Pictures created by and starring Rob Huebel.

May 2017 Booked a supporting role on the independent feature Princess of the Row, starring Martin Sheen and directed by Max Carlson. Looking forward to shooting in August!

April 2017 Taught a workshop at Biola University in La Mirada, CA, on The Actor as a Business.

January 2017 Signed with Pinnacle Talent for commercial and theatrical representation. 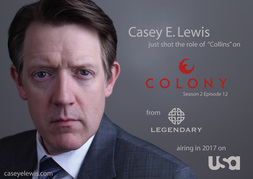 November 2016 Shot the role of "Collins" with the wonderful cast and crew of Colony.

October 2016 Booked the role of "Collins" on USA Network's Colony! 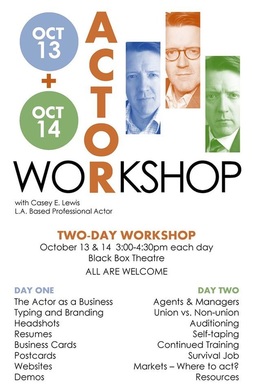 October 2016 Taught a two-day workshop on The Actor as a Business at Normandale Community College in Minnesota.

March 2016 Shot a supporting role on the indie short Writing the Wave.

December 2015 Season 2 of Transparent is released on Amazon.  Watch out for Casey in the finale.

August 2015 Shot a co-star role on Transparent, available for streaming on Amazon December 4.

May 2015 Booked a lead role in the independent pilot Busted Flush.

April 2014 Wrinkles is now available at Amazon and Netflix.

April 2014 Wrinkles debuted in the UK.

February 2014 Internal No Room For Boring  spot for Toyota Highlander with The Muppets!

June 2013 Recorded the role of the Doctor in the English release of the animated feature film Wrinkles, starring Martin Sheen, Matthew Modine and George Coe. 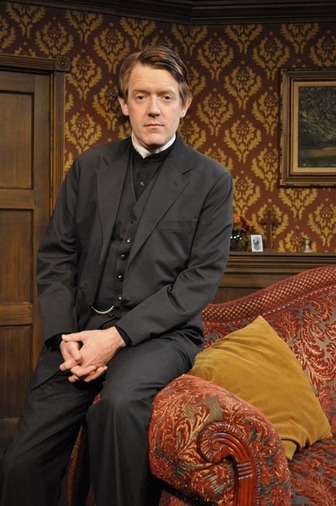 What was said...
“The cast is uniformly excellent. Casey E. Lewis is hilariously pompous as Morell, but he reveals deeper aspects of his personality as his self-satisfied existence is threatened."
Blogcritics

“As played by the commanding Casey E. Lewis, he is charismatic and indefatigable ...”  “Together with Mr. Lewis, they make a superb trio.”
Out & About Magazine

“Lewis conveys the irritable qualities of the stuffed-shirt clergyman as well as his likability and the suppressed vulnerability of a man who's deeply in love.”
Back Stage 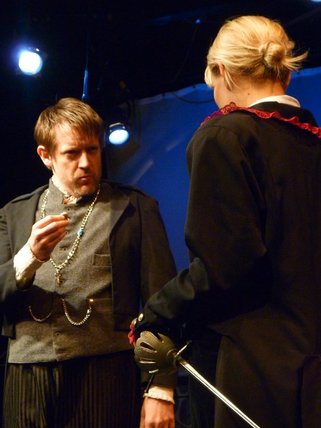 What was said...
“Casey E. Lewis, who puts one in mind of Stan Laurel, is equally funny as the comically foiled Malvolio.”
LA Weekly